Emotional intelligence : is the ability to identify and manage your own emotions and the emotions of others. It is generally including the ability to identify your own emotions and those of others; and to harness emotions and apply them to tasks like thinking and problems solving;and also The ability to manage emotions, including the ability to regulate your own emotions, and the others. people have different personalities, different wants and needs, and different ways of showing their emotions. Navigating through this all takes tact and cleverness – especially if we hope to succeed in life. This is where EI becomes important. EI is the ability to recognize your emotions, understand what they’re telling you, and realize how your emotions affect people around you. It also involves your perception of others: when you understand how they feel, this allows you to manage relationships more effectively. the term of Emotional intelligence was created by two researchers – Peter Salavoy and John Mayer – and popularized by Dan Goleman in his 1996 book of the same name. Salovey and Mayer proposed a model that identified four different factors of emotional intelligence : the perception of emotion, the ability reason using emotions, the ability to understand emotion and the ability to manage emotions. **Perceiving Emotions: The first step in understanding emotions is to perceive them accurately. In many cases, this might involve understanding nonverbal signals such as body language and facial expressions. ***Reasoning With Emotions: The next step involves using emotions to promote thinking and cognitive activity. Emotions help prioritize what we pay attention and react to; we respond emotionally to things that garner our attention. **Understanding Emotions: The emotions that we perceive can carry a wide variety of meanings. If someone is expressing angry emotions, the observer must interpret the cause of their anger and what it might mean. For example, if your boss is acting angry, it might mean that he is dissatisfied with your work; or it could be because he got a speeding ticket on his way to work that morning or that he’s been fighting with his wife. **Managing Emotions: The ability to manage emotions effectively is a crucial part of emotional intelligence. Regulating emotions, responding appropriately and responding to the emotions of others are all important aspect of emotional management. Although “regular” intelligence is important to success in life, EI is key to relating well to others and achieving your goals. Many people believe that it is at least as important as regular intelligence, and many companies now use EI testing to hire new staff. EI is an awareness of your actions and feelings – and how they affect those around you. It also means that you value others, listen to their wants and needs, and are able to empathize or identify with them on many different levels. 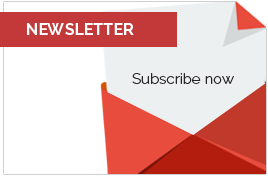